TEAM VK AND THE CULT OF VICTIMHOOD 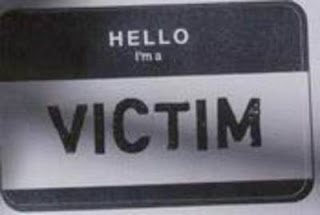 In one of the animated discussions on the net - related to army chief’s age controversy -  a veteran based in USA – cited the applicability of Queen vs Dudley and Stephens (1884) to prove the culpability of former army chiefs and the military secretary in making Gen VK Singh sign a document that reflected his date as 1950. The Queen vs Dudley is the famous English case involving four men stranded in a lifeboat without food or water. Faced with the prospect of death the men decide to murder their weakest comrade, a seventeen year old orphan working as a cabin boy in their boat. The three men enjoy the boy’s meat till they meet a ship that saves them and takes them back to their mother land. After a few years, one of the survivors of the ship wreck writes his memoirs, where he mentions how they enjoyed the murdered cabin boy as breakfast. This revelation leads them to court that after a prolonged trial pronounces them as murderers. In the court, the three shipmates defend themselves by stating that it was their circumstances that led them to kill the boy – had they not taken that action their families’ would have suffered after their death. The court, however bases its verdict on the fact that the boy had not threated to kill his shipmates nor did he offer any resistance. Furthermore, the murdered cabin boy was absolutely unaware that he was  being sacrificed - nor did he volunteer to be the scapegoat.

Using the above  case, the veteran conflated the situation of the cabin boy to that of Gen VK Singh. My submission was that it was a flawed argument that the army chiefs' in 2006 and then again in 2008 and 2010 had fudged the documents to victimize General VK Singh – equivalent of the hara-kiri that had been perpetrated against the cabin boy. What was conveniently forgotten by those desperately trying to prove Gen VK Singh's integrity  was that- in 2006, 2008 and 2010, it was not General VK Singh but his date of birth that was murdered – and he was party to the alleged crime and had enjoyed the ‘breakfast” that served him a smooth ride to the pinnacle of his career. While it was General VK Singh who had denied himself his correct date of birth, the blame was deftly passed on to the government.

The entire argument in defence of the General VK Singh was woven to portray him as a victim –whose actual date of birth had been snatched away from him by his conniving predecessors in the army – using the bogey of ‘organizational interests”. The second imagined culprit was the government – the chief conspirator that wanted to deny General VK Singh an additional year in office – allegedly to have a more pliable general to clear some dubious defence deals. The third of course – as always - was the media that had contrived with the Babus’ to malign General’s reputation by calling him a soldier who put ‘self before service’.

The victimhood theory was carefully constructed to gather sympathy and rally all those who held any grievance against the bureaucracy and government. Many within and outside the army went on to believe the ‘manufactured truth’ – a lie - that was blurted out by a few select veterans on the television channels. One odd old veteran who dared to oppose the victimhood logic was castigated for the sins committed by his distant relative. Some even went to the extent of comparing the general’s crusade to Anna Hazare’s campaign to cleanse the corrupt system.

The campaign was moving as per the plan -  gaining momentum - and team VK was gung ho about prospects of their victory - till of course, six well researched articles in the Tribune took the wind out of their sail – exposing the games that were being played in army headquarters to change the general’s date of birth, keeping the ministry of defence in the dark. Despite the setback, team VK launched a frontal attack and stated that the articles were planted directly by the PMO – needless to mention, they did succeed in convincing many. However, by now, the divisions  within the media on the issue were discernable. Some sections of the media were blatant in making the general a hero even assisting the general in designing a media campaign to counter the opponents and project the image of a decorated commando tortured and tormented by the government.

Some of the most bizarre arguments were put forward in Gen VK’s favour - "Why was it that such certificates are not routinely taken from all officers about to be promoted, if it was a normal process step." The obvious answer to such a query was - other officer’s have no discrepancy in their DOB records, therefore they are not subjected to signing another document. Another frustrated argument that was witnessed on the internet forums and TV discussions –“why can’t the government just accept 1951 as the date of birth and close the matter”?

When asked as to why General VK Singh accepted his date of birth as 1950 at the time of promotion to senior ranks – team VK retorted -"people do all sorts of things for promotions , what the general had indulged in was nothing. Some even went on to suggest, “At least the Chief Gen VK Singh had the moral courage to admit that he did not have the moral courage to stand up to the "duress". But when questioned as to what the ‘duress’ was - did somebody threaten to murder him if he did not change his DOB?- did somebody threaten to attach his property?– none of the erudite members of team VK could offer a plausible reply. Sadly, team VK forgot that courage and honour are a function of time and space – you cannot piss in thin air to brandish your valour.
Posted by AtulBeret at 9:05 AM